As the new and significantly improved (read: not overfilled eye rape) website is being created, we're going to slowly start highlighting some of the new profiles that will mark the Member's gallery. 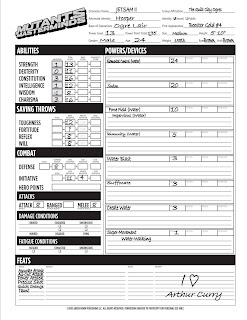 Each Ogre was given the task to create a character, utilizing whichever system they preferred. This character was to be 3rd level or equivalent in honor of the chapter's 3rd year of operation. The character created had to be a representation, or rpg self-image, of the member. Details from these character sheets can help you shed light on to the individual in question, from details as minor as chosen class/skills/feats/etc. to the very game system used, look closely.
Today, we study the profile of Ogre Hooper, as seen above and below (click to enlarge): 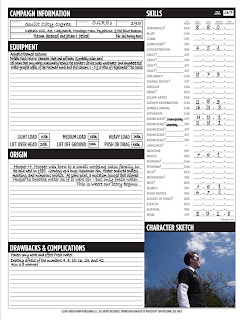 The more RPG minded individuals (who should be the only people reading this anyway...) may have received the following correct information from the above sheet: Hooper is a huge aquaman fan, his height, weight, and other physical descriptions are about right. Also, you may also have received the following false information: Hooper's name is not, in fact, "Jetsam II."
Stay tuned for next saturday's Ogre Profile! Till then....

GULGAR
Ogres Out
Posted by Quilt City O.G.R.E.s at 2:52 PM No comments:

Well, the past week or so has been spent doing extreme research into appropriate laws and what not, and, well, the Ogres are on their way to being "official." Our chapter-based gaming advocacy and social club will be based in the state of Kentucky, but other than some small paperwork in each state we enter - nothing changes. This just gives us the ability to be on the "safe" side of the town guard as we aggressively expand the organization.

In light of that, we're working on a Ogres homepage (as well as making the Quilt City Ogres website not suck as bad). Now, enough with the official chatter, let us talk about gaming!

The Dungeons & Dragons 3.5 "rotating dm" game is still going on each sunday at 7. The past couple of months have seen a few delays with the shifting DM, schedules of players, and such - but it is getting back on track. The best news thus far is that we've finally managed to get off the Island of Hesjing and out of Talara.

A D20 Modern campaign is being played every other thursday at 5 and is set in a alternative future circa 2055 (actually, it is still part of the Valgora campaign setting - but we'll save that for another time). On the alternate thursdays, another 3.5 D&D game is running in the campaign world of local legend Graham Griffin.

In general local gaming news, we'd like to mention that the new store "Gamer's Paradise" is now open (and has been for a bit - but we blog so rarely) down on broadway. Area 51 and the new Gamer's Paradise are more geared towards video gamers than tabletop gamers, but many of our shared demographics play both. Also, out in Murray there is a new Camarilla group being started up, so go check them out at myspace.com/murraycamarilla.

GULGAR
Ogres Out
Posted by Quilt City O.G.R.E.s at 9:13 AM No comments: 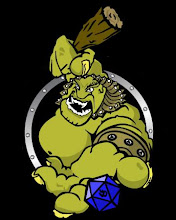 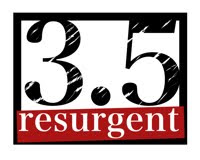